← more from
Western Vinyl
Get fresh music recommendations delivered to your inbox every Friday.
We've updated our Terms of Use. You can review the changes here.

The Blue of Distance 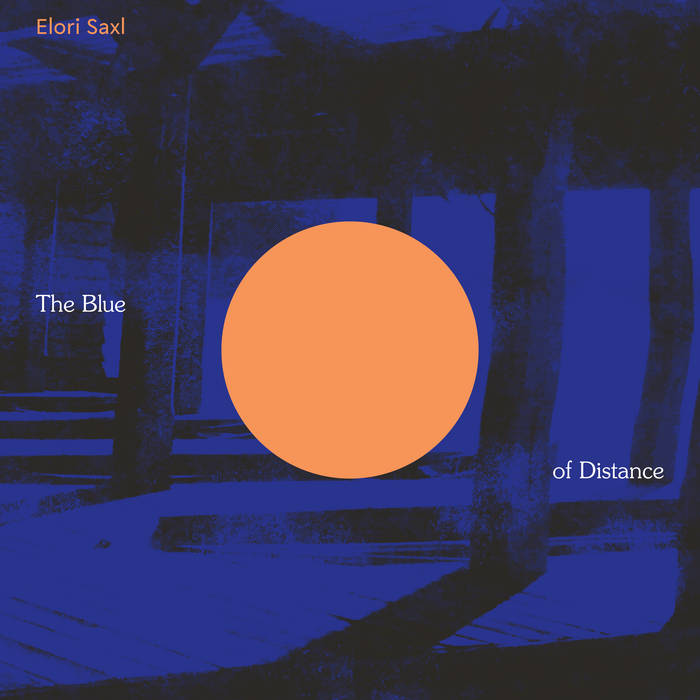 polinos Beautiful work by profusely talented composer at the crossroads where ambient meet neoclassical and post-minimalist music; the whole record is permeated with a great sense of nostalgia for someting compelling just out of reach, almost lost in the blue of distance.

Joe Borreson Elori Saxl’s music evokes many things in its neo-classical, slow motion jazz, wavering with imagery of far away mountains like the great Smokies, one mountain visible fading to the next, to the next: where layer upon layer of rich deep blues, meld into purple then fade to opaque warm gray. Incredibly good. While only two tracks are currently available I am quite anticipating an excellent album given these two teaser tracks depth and sensibility. Favorite track: Wave I.

Combining digitally-processed recordings of wind and water with analog synthesizers and chamber orchestra, Elori Saxl’s The Blue of Distance begins as a meditation on the effect of technology on our relationship with land/nature/place but ultimately evolves to be more of a reflection on longing and memory. The phrase "the Blue of Distance" was coined by Rebecca Solnit in A Field Guide to Getting Lost and refers to the phenomenon of faraway mountains appearing blue due to light particles getting lost over distance.

Half of the album was written in the Adirondack mountains during summer amid lakes, rivers, and moss-laden forest floors, while the other half was conceived on a frozen Lake Superior island in deep winter.

Saxl gives some color to the background of the album:

Being born in 1990, I was interested specifically in exploring what it means to have grown up contemporaneously with the proliferation of the internet and new technology such as Google Maps, Youtube, and smartphones filled with photos and videos that allow us to access distant people and places without being physically present. I was interested in understanding how the personal experience of memory formation may parallel humanity’s changing relationship with land through new technology that allows us access to a place or person without being physically present.

When I began working on the album, I was really focused on that abstract conceptual idea. I wrote the first half in the middle of summer in a beautiful verdant place, and it was one of the happiest times that I've experienced in my life. I returned to the album later that winter while living on an island in the middle of a very frozen Lake Superior. Emotionally, I was in a pretty low place, but I wanted the piece to feel cohesive, so I started looking back at photos and videos from my summer to try to remember what I'd felt like so that I could infuse the new music with that same emotion. Unsurprisingly, that process didn't work, but what resulted was perhaps more interesting: a distorted version of the original experience and emotion. I'd begun the album using flowing water and wind as the sample source. For the 2nd half, I went to go collect more samples from my new surroundings, but the water was under a foot of ice. So the sound itself also became distorted through the ice, mimicking the process my memory was playing on the original experience. Through this process, what began as something conceptual became very personal.

Before starting the album, I’d been listening to a lot of electronic dance music and was struck by the use of modular synths to create pulsing beats. I’d been spending a lot of time sitting outside listening to the wind and water, which I noticed were also pulsing. It hit me that maybe there was a way to use those sounds as a sound source to create beats. So basically trying to figure out how to shape wind and water into a pulsing beat that emulated a modular synth (or rather, pull out the pulses inherent in those sounds) was what led to the musical foundation of The Blue of Distance. Then I just tried to think about what acoustic instruments the electronics sounded like and just write parts that mimicked the electronics so that there was a blurring and confusion of sounds. The water and wind samples’ pitch bends and sways, mimicking a synthesizer and confusing the distinction between natural and artificial (or digital) sounds.

Elori Saxl makes music and film. She's composed music for new music ensembles, as well as Patagonia, Google, Poler, Dove, the New Yorker, This American Life, Public Radio International, SFMOMA, and more. She’s also directed films for the New Yorker and Slate. Her work has been nominated for two emmys and been featured by Paste, Vimeo, Consequence of Sound, VPR, and shown at festivals around the world.

Bandcamp Daily  your guide to the world of Bandcamp